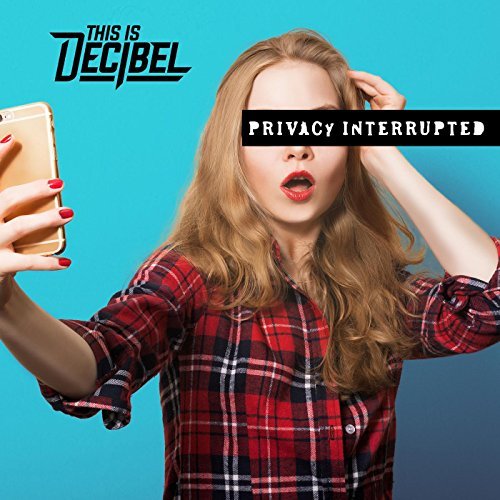 Independent Spotlight is a continuing series on Stewart’s blog. The series revolves around independent artists and bands sending their music to Brett to review. No band is promised a positive review, and all music is reviewed honestly in an effort to better independent music.
In this afternoon’s edition of the Independent Spotlight, we shine our gaze on This Is Decibel, a three piece indie rock outfit hailing from New York. Their new single is ‘Privacy Interrupted,’ written by MTV personality Matt Pinfield and Mik, the band’s guitarist. The tune is a particularly unique endeavor into political songwriting, but in a less traveled arena. ‘Privacy Interrupted’ focuses on the increasing lack of privacy the US government provides its citizens, an issue that’s become a hotbed of debate in a post-Snowden world.

Though it dabbles in indie rock musings, ‘Privacy Interrupted’ is a pop song at its core. It offers its frustrated musings in the form of infectiously catchy verses and choruses. In fact, I must be entirely honest: I was positive I had heard the hook of ‘Privacy Interrupted’ before. I even went as far to input the song into Shazam, wondering if the track sounded similar to a more mainstream counterpart. It doesn’t, it’s just such a well written hook that it’s immediately memorable and familiar.

Though it never mentions the government or specific official by name, ‘Privacy Interrupted’ takes shots across the bow at governments tapping citizen’s phones, reading and scanning emails, and so on and so forth. It’s all very reminiscent of the NSA controversies that dominated the US news cycle earlier in the decade. (A news cycle recently furthered by the current president, Donald Trump, arguing he was a victim of similar wiretapping.)

The song isn’t just a protest of governmental overreach, however; it’s also a PSA of sorts. It reminds the listener that everything posted online is permanent, and there’s a particularly haunting line about exes and sending naked photos out, only to be shared around by the recipient. Nothing is sacred in the digital age, and This Is Decibel has written an elegant reminder of that.

‘Privacy Interrupted’ is an excellent pop song. It sparks a conversation that’s not often addressed in music, and it mixes a perfect balance of political and social commentary together. It helps the tune is well produced and performed, too, making it a pop song that’ll certainly be stuck in one’s head for weeks after hearing it for the first time. Hopefully, the warnings the song issues linger as long as its melody in the minds of listeners.
http://www.facebook.com/thisisdecibel
http://www.instagram.com/thisisdecibel
https://twitter.com/decibelnyc